skip to main | skip to sidebar

I've been neglecting this blog, Bono actually played our first gig about 6 weeks ago which was rad as hell. Thanks to Cantankerous Records guys and everyone at KIPL who made it happen.
Upcoming release will be a Bono split 3"CDr with Drongo (local noisecore) released on Oligoscene. Also planning on a Tar Pits CDr release sometime before the end of the year, or early next year.
And then lots of other stuff in 2012, including a new record label which will run parallel to Oligoscene (or replace Oligoscene? not sure yet, depends if I still want to do small CDr runs and web releases every now and then) and be far more ambitious (tape releases, wider scope of artists).
Posted by Dan Bono at 2:44 AM No comments:

Actually forget about that noisegrind Bono material I said I'd post, I've been tweaking the recordings for forever and I can't make it work, it just kinda sucks too much. I might reuse them later but I'm not sure.
Posted by Dan Bono at 8:15 PM No comments: 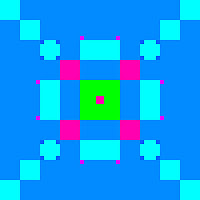 Longest Meth Binge - Lateral Gene Transfer
OLGWEB002
Released 2011
Web release
10 Untitled tracks, totaling 25:37
DOWNLOAD
This is a new project of mine, purely digital noise. I started this as a challenge of sorts, to try to get away from my usual setup and to try to make engaging digital noise, a method which is usually kinda frowned on. Not quite as harsh as the Bono material, but still within the realm of harsh noise. More glitchy beeping noises and almost rhythmic parts. I will be continuing this project and trying to release more on a pretty regular basis. Enjoy!
New Bono noisegrind/sludge albums very soon
Posted by Dan Bono at 2:29 AM No comments:

It feels like forever since I updated or even thought about this blog, but I've actually been somewhat busy with music in the last month or two
Firstly, I've uploaded both of Bono's self-titled albums to bono.bandcamp.com, and I'll try to get Obscured Voice up there soon.
Also, Bono has recorded a shitload more noisegrind/sludge stuff, probably enough for two albums! I will be editing and mixing those over the next couple weeks so expect them after a month or so!
Finally I finished another music project and uploaded it here djdiseases.bandcamp.com a couple weeks ago! But I forget to tell anyone, so now you all know. It's an all chopped and screwed, distorted and edited dubstep/brostep/grime mix. It sounds heavy as fuck! I made this because I listen to the way the US dubstep scene is going and I don't think they're taking it nearly far enough, everything needs to be distorted and slowed down to a crawl. It needs to be the electronic equivalent of Corrupted! I mostly made this for myself + my friends but I might as well put it up for anyone to listen to. The artists in the mix are; 16bit, Cardopusher, Tempa T, Aphex Twin, Broken Note, Hecq, Excision / Datsik, Britney Spears Bono - Estado Novo
OLGWEB001
Released 2011
Web Release
37 Untitled tracks, totaling 21:48
DOWNLOAD
This is our first noisegrind material. Sloppy and amateur, completely improvised, lo-fi production quality. Almost sounds like a harsh noise band playing while the worst grindcore band is playing in the next room. Jumps from harsh noise, to noisegrind, to almost power electronics. Like Arsedestroyer or Gore Beyond Necropsy overrun by noise tendencies. Our next few releases will likely be similar to this material.
In the coming week or so I will upload as much of our discography as possible to bandcamp
Posted by Dan Bono at 3:59 AM No comments:

Just about finished mixing our first noisegrind material. Probably have this up on bandcamp within the next few days. It's not really pure noisegrind, there's still a tonne of harsh noise material and the drums are kinda mixed too low (next recordings will be better). I just about wrecked my voice recording this stuff because I didn't have a mic for my most of vocals, and I just had to hope the mics on our amps would pick it up (it did, very slightly). It sounds very sloppy and amateur, which is great in some ways but I'd like to tighten up my drumming more. 37 tracks, 22 minutes. Recording again on Saturday so hopefully that session will be just as fruitful.
Also setting up a Bono bandcamp account, but apparently you can't upload lossless files bigger than 220mb? So I probably wont be able to get all of our material on there (Monolith #1, Obscured Voice), kinda sucks. Oh well, whatever.
Posted by Dan Bono at 4:39 AM No comments:

No more physical releases for a while

Just a quick update to say I've decided to not do any more physical releases for a while. When I first started Oligoscene, my idea was to have very limited, DIY CDr or cassettes and then spread the releases further using the internet. Having a physical product to actually make, look at and hold was appealing to me. These days, that's not really how I consume music, and I feel like it's more trouble than it's worth. Oligoscene will now be a net label of sorts? Who knows, I'll probably just continue uploading stuff to mediafire or maybe bandcamp. This will hopefully mean a quicker turnaround of material and more motivation on my end.
I might still release physical stuff on other labels and if I ever find the motivation I might start making CDrs or even cassettes again.
More Bono coming soon! Tar Pits eventually! Screwed mix in the works!
Posted by Dan Bono at 5:41 AM No comments:

Bono - Bono II
OLG004
Released 2010
CDr
1. Untitled (12:19)
2. Untitled (11:56)
3. Untitled (12:31)
DOWNLOAD
I meant to upload this about a week ago but I got busy with Christmas and all that. This is our 4th album, with the same lineup as the first self-titled. Way better produced than that first album, more harshness and lots of high pitched synth squall and feedback to accompany bass crunch. Have a good 2011!
Posted by Dan Bono at 10:46 PM No comments:

I mentioned quite a while back that Stone Lion would be releasing a Bono bizcard, well it's available to buy now from here! I think I can safely say that this is the best piece Bono has ever done, crunchy wall noise with shrieking and glitchy tones that oppose the wall. One 5 minute track. Get it now to support Stone Lion!! Only 10 copies! I also grabbed the Dotabata release, I'm guessing that's gonna be badass too.
Look how cool the Dotabata bizcard art is:

Also, Bono II is now out on Oligoscene! 3 untitled songs / 36 minutes. Not dissimilar from the first self-titled, but a bit better produced and harsher. Email oligoscene@gmail.com for trades. I will post the mp3 version very soon.
Posted by Dan Bono at 12:06 AM No comments:

Bono - Monolith #1
OLG003
Released in 2010
CDr, 8 copies
1. Monolith #1 (68:25)
DOWNLOAD
Bono's 3rd album, very different to our other material, very dense, almost HNW in places but with high pitched grinding and squeals that cut through the slow-burning rumble. Some vocals appear about halfway through at the climax of the piece. We spent way too long on this thing, hope people enjoy it. Recommended if you like The Rita, Vomir, Sick Llama, etc
Send an email to oligoscene@gmail.com if you want to trade for a physical copy, otherwise use the download link above!
Posted by Dan Bono at 4:50 AM No comments:

Really dropped the ball in terms of releases hey? Was super busy with school for a while there. Anyway, couple Bono CDrs out this week, after that I'm working on more Tar Pits and possibly some noisegrind Bono material.
Also I've been completely addicted to footwork lately, so hopefully I'll be making some of that myself.
Posted by Dan Bono at 3:17 AM No comments:

Finally finished mixing / editing Bono II and Monolith #1.
Bono II is 3 tracks, 36 minutes with 3 personnel. Really sick bass at points. Very pleased with this one, probably the best shit we've done along with the Stone Lion Bizcard. 20 CDr copies? Will be available in the next month.
Monolith #1 is one track, 68+ minutes of very slowly moving harsh noise wall. Occasional high feedback screeches cut through, but for the most part just one long rumbling flow. 10 CDr copies of this, expect it next week.
mp3s will be posted later, trades welcome.
Posted by Dan Bono at 4:27 AM No comments:

I've got a few releases coming up, thought I'd quickly mention them here;
As mentioned before, Bono has a bizcard coming out on Stone Lion, I'm not sure when that'll be released but I imagine itll be before this other stuff
We also recorded a second self-titled album with the same personel (Matt / Kyle / Dan) as the first, 3 untitled tracks, 36 minutes. Will be released on CDr by Oligoscene in a month or two. The lineup is the same as the first Bono album but the sound is more akin to the Stone Lion bizcard material.
Also working on that single giant track that spans more than 60 mins, will also be released on CDr by Oligoscene, probably a month or two after Bono II.
Tar Pits has a c40 split with Dotåbåtå coming out on Hoarse, one track, kinda sounds like dark ambient for the first half and then morphs into some Basinski-like shit.
Starting work on a second Tar Pits album, only one track/5mins done so far though so that wont be done until the end of the year or later.
Finally, check out what the Tar Pits/Dotabata split will apparently look like: 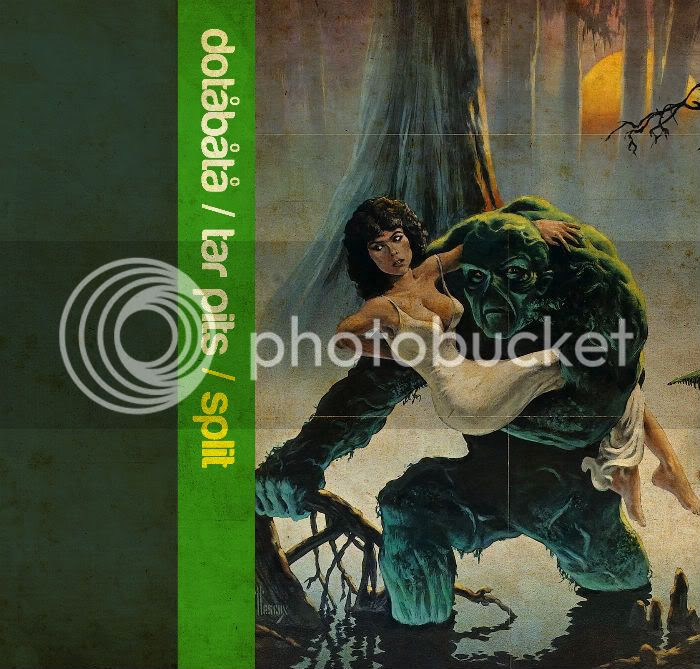 Badass!
Posted by Dan Bono at 1:31 AM No comments:

Tar Pits - Cold War Paranoia
CAN-039
Released in 2010
CDr, unlimited edition
1. Cold War Paranoia (39:35)
DOWNLOAD
Tar Pits is my dark ambient/drone project inspired by Lull, Thomas Köner, Troum, The Caretaker, etc. I was very proud of this particular song when I first finished it, but now that I've had time to distance myself from its creation I can hear a lot of flaws that I'll hopefully improve in future. Overall I'm still pretty happy with it, especially the very beginning. Cantankerous Records were nice enough to release it and I'm pretty sure its an unlimited edition so you can still buy it from them if you want a physical copy for whatever reason. They also release plenty of other cool shit.
Posted by Dan Bono at 4:12 AM No comments:

Bono has been pretty slack over the last 6 months but we finally recorded some new stuff last Monday and what resulted is easily the harshest, wildest and all-around best thing we've done yet. It's probably going to get released on Stone Lion as part of a bizcard series. Really psyched for it and the other stuff we've got planned for this year.
Next thing we're planning to record is a gigantic 65+ min track, hope that turns out just as well.
Posted by Dan Bono at 6:03 AM No comments:

Dan Bono
Oligoscene is my bullshit DIY CDr vanity label, and I'll be posting about new releases or linking mp3 downloads. If you want to trade stuff or have any other questions send an email to oligoscene@gmail.com 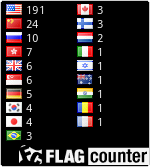